CELEBRATING A CENTURY OF ACHIEVEMENT

NTE Mimosa was established on June of 1920. Pioneers of the original Mimosa formulas, the company has continued to innovated to this day, producing many firsts across a wide range of industries.

The first Acacia Mearnsii seeds were imported to South Africa in the 1850s from its native Australia. Early experiments revealed tannins within the bark at comparable levels to the slow growing quebracho tree, and it was then decided to cultivate the first black wattle plantations in South Africa for use in leather tanning.

Black wattle was ideally suited to Natal’s subtropical climate and thrived where the fertility of the soil was insufficient for other crops. In 1864, a settler named John Vanderplank was granted land in Camperdown, where he planted black wattle seeds he had brought with him from Australia in a matchbox. After convincing his brother Charles to join him, the pair propagated and grew the scale of their plantation that ultimately gave rise to the industry we know today.

Another key player in the development of Natal’s wattle industry was Sir George Sutton, a successful farmer and politician who served as Prime Minister of the British colony between 1903 and 1905. Sutton was a leading advocate of wattle. Records from the time show that Sir George sold a few tonnes of wattle bark to Mr. Hallen of Lyles Tannery in Pietermaritzburg in 1884, so that experiments could be undertaken on wattle as a tanning agent. Initial results were a runaway success. Recognising the opportunity, Sir George expanded his interests in the plantations considerably. Soon thereafter, he pubilshed a booklet called Wattle Bark: A Paying Industry in Natal, which he distributed widely. The book provided detailed instructions on how to germinate, cultivate and harvest wattle bark and prepare it for export, as well as the returns a farmer could expect at market.

Sir George had investigated prices of wattle abroad, and found that the £15 a ton being paid in London was close to four times what could be achieved in Pietermaritzburg, and supply was exceeding demand. Working with other growers, Sir George oversaw the first shipment of wattle bark strips from Port Natal in 1886. Sir George also made the first attempts at developing facilities for chopping bark, but a lack of financial backing and little significant improvement in returns meant it never got off the ground.

The first major commercial success in the export of wattle bark befell the Angus brothers of Noordstroom.

With 2,500 acres under wattle between them, they were also keenly aware of the growing demand for bark on European shores. Freight charges on their first shipment in 1886 meant profits were negligible, but time dedicated to the shipping issue ensured far better rates the following year. The ten tons of chopped bark shipped to London in tight bound hessian sacks fetched strong returns, and it didn’t go unnoticed among the growing fraternity of Natal growers. Year on year exports and plantations grew. Profits were far stronger than other crops, and the black wattle gold rush resulted in processing plants and factories springing up across the region.

At the turn of the century, the wattle industry faced challenges with the outbreak of the Boer War in 1899. Trade routes became treacherous, foreign relationships became complicated and many of the farmers were called on to serve.

Many of the large concerns continued business apace, but there were few new entrants. Growth of the wattle industry slowed to a trickle.

The NTE Centenary has provided us with a rare opportunity to look back and appreciate the early roots of a business still going strong well over 100 years later. There is a spirit of determination in those early pioneers that has shaped the values of NTE, which is still very much alive in the company today. The drive to shift and adapt, continually improve and become more efficient while never compromising on the quality shines through in NTE today.

The Boer War had fractured but not killed the budding wattle industry through the last decade of the 19th Century. Once peace was restored, Sutton focused his attention on the plantations once again, rising to prominence by presiding over the Pietermaritzburg Agricultural Society from 1905-1907, then an institution of some influence in the capital.

In his final year as president, Sir George founded the Natal Wattle Bark Union, with a stated goal of exploring the marketing opportunities for bark abroad. It was this vision that sowed the seed for NTE’s establishment some 13 years hence.

By this stage, Sir George’s earlier publication of a pamphlet called ‘Wattle Bark: A Paying Industry in Natal ‘ had become something of a cult classic in the

area, and it had increased the numbers of growers significantly for miles around. Initially, exports of the chopped bark made it to London on very little profit. But as the demand rose, so negotiation of cheaper space and shipping partnerships emerged, and with it the profits grew. It was about this time however that the world was cast into the turmoil of the Great War.

Demand for South African goods rose sharply, and while the need for tannins for military gear did too, the premium on shipping space meant that the traditional method of sending sacks of tightly packed chopped bark was no longer viable. It was this shift that fomented the need to find black wattle extracts, and experiments began in earnest.

The breakthrough is credited to a partnership in Johannesburg between a Mr Bilbrough and a Mr Frew, who moistened the wattle bark with alcohol and warm water and then pressed it between high pressure bronze rollers. The process extracted virtually all the tannins from the bark and could then be solidified through a process of reduction into the product still marketed today as NTE Mimosa Solid. A patent for the process was issued in April 1914 and production began in earnest a year later. It was predicted at the time that the new extraction process would revolutionise the export of wattle extract and that prediction still rings true today.

Following the end of the Great War, the world economy fell into depression, and the wattle industry again faced tough times. Trade between Natal and London slowed, and the local industry consolidated under the stewardship of three partners: Owen Walters, Thackery James Allison and Arthur Horace Himes.

On 13 September 1915, the Natal Tanning Extract partnership was incorporated and a factory erected in Pietermaritzburg to produce the solid mimosa product. By the end of 1915, the first fruits of their success were in evidence. Supplying both local tanneries and global trade in wattle extract, records from the time show that 439 tonnes of solid mimosa was exported by year ending February 1916. Several new enterprises enterered the market during the time,

but tough conditions saw few succeed. New capital was required for expansion, so Mr Allison approached the other major player in the sector, the Forestal Land, Timber & Railway Company, with an offer of collaboration.

A new entity, the Natal Tanning Extract Company Limited, was established on June 30, 1920, for a price of £553 332, which included controlling interests in both the Alfredia Wattle Company and the Inanda Company. And thus, NTE began its 100 year journey to the company celebrating its centenary today. The early years were difficult, and at times the venture found itself on the brink. It was only later, under the stewardship of a Mr Charles W Biggs, that NTE would flourish.

The global depression in the years following the First World War had a dampening effect on world trade, with the leather industry heavily impacted. Sales were scarce and stock of extract began to mount. Production ground to a standstill, and focus turned to maintaining the factories, tending to the land and waiting for brighter days to return. Recovery was slow to come.

In the Land & Agricultural Yearly Review, Mr Thomas Herald wrote: “The price of Wattle Bark is still low and there does not seem any prospect of a rise in the near future.”

It was a crisis that threatened the company’s existence in a sector that only a few years earlier had been flourishing.

Forestal’s investment in South Africa was impacting cash positions negatively on both continents, and the need for change was critical.

The board needed a turnaround strategy, which came in the form of a Charles W. Biggs. His reputation, sharp wit and good judgement proceeded him, and he was appointed the position of General Manager and given a bold mandate to transform the company. Failure was not an option.

Charles Biggs’ infectious enthusiasm and clarity of purpose had an immediate impact on the staff. He outlined a strategy to improve margins and strengthen relations with foreign buyers.

Despite conditions remaining lean, the NTE team shared a mission and were relentless in their desire to succeed.

Within two years, NTE was again a profitable member of the Forestal family, and began enriching Natal’s Wattle Industry to a flourishing primary industry in South Africa.

Despite the decade’s slow start, the twenties were destined to build up a head of steam. The world shrugged off the depression of the First War and the global economy grew steadily. The orders for extract, once a rare event, began arriving with increasing regularity.that only a few years earlier had been flourishing.

With wattle aplenty across the plantations, production expanded until all factories were at full capacity. The price for Wattle Bark in London was not only up to £44 a ton, but production could not keep up with demand and new avenues of growth would need to be explored!

At the time, NTE owned three factories producing solid extract and had 38,400 acres of the best land under cultivation. Mr Biggs, with the blessing of the Forestal Board, began seeking new worlds to conquer. Expeditions were undertaken to Kenya and Southern Rhodesia. Both areas had fine land for growing wattle, but poor infrastructure meant costs of export would be exorbitant. Despite some frustrations north of the border, recommendations were submitted to the Board in 1925 where Mr Biggs, together with General John Royston, identified swathes of land for sale in the areas surrounding Melmoth in Zululand and Piet Retief in the Eastern Transvaal. The proposal was accepted, and after some due dilligence, the plan was put into operation.

NTE developed wattle estates and erected a bark mill. Factories were erected at Melmoth and Iswepe to process bark from each locality. With close to three decades of knowledge gained in Natal and the introduction of heavy machinery, the development of wattle in Piet Retief and Zululand was both efficient and highly productive.

By 1928 the Natal Tanning Extract Company Limited owned thirty estates around Pietermaritzburg, a cattle farm and an experimental station. With over 40,000 acres under wattle and a world-leading production facility in Pietermaritzburg distributing globally, good times had once again returned to NTE. 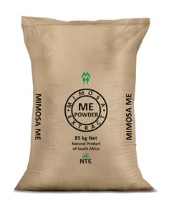 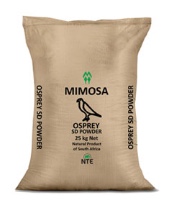 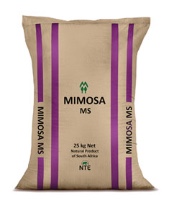 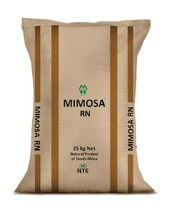 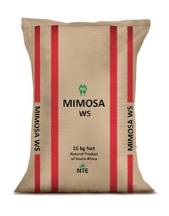 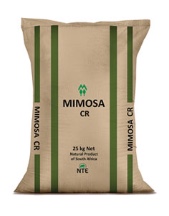 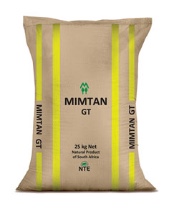 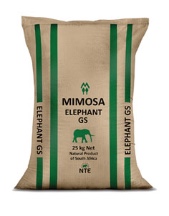 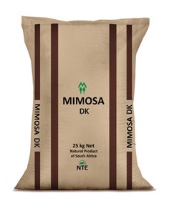 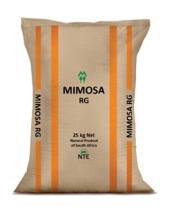 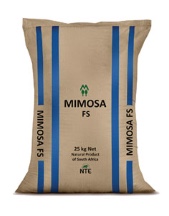